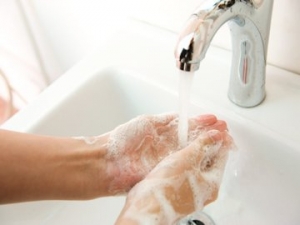 What is surfactant?
A surfactant is a substance that, when present at low concentrations in a system, has the property of migrating and being absorbed onto the interfaces of the system and of altering to a marked degree the interfacial free energies of those interfaces

When we put some Surfactant into water